Gainclone or chipamp is a type of audio amplifier made by do-it-yourselfers, or individuals interested in DIY audio. It is a design based on high-power integrated circuits, particularly the National Semiconductor Overture series.

The Gainclone is probably the most commonly built and well-known amplifier project amongst hobbyists. It is simple to build and involves only a few readily accessible, inexpensive parts. As an amplifier it is highly regarded by many in the DIY community.

"The Gainclone amplifier has proved very popular with hobbyists since construction is straightforward and the resulting amplifier has an impressive performance specification.

"But it was the Gaincard that caught the imagination of audio diy-ers around the world and before long, copies of the Gaincard were appearing on internet sites and discussion forums. The Gainclone was born!"

"I had previously planned to build a small stereo amp using the amp6 kit from 41hz.com. After deciding I wanted a bit more power, I did some research and am now going to build a so-called gainclone amp based on the LM3886 chip."

"This is a hifi audio amplifier I built based on LM3876 audio amplifier chips - which have a web following known as "Gainclone" amplifiers. I built this amp to be my main stereo amp in my home recording studio, and it is optimised for very good sound quality and (hopefully) reliability. :)" 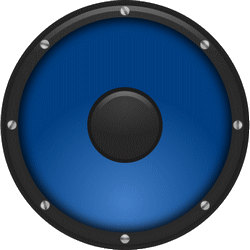