"The roadside attraction of this site is the Z-80 Homebrew Computer. This was a project that I started in 1980. I moved many, many times between 1983 and 1996, and the project often was shut up in a trunk. In some cases I lost (or gave away) most of my equipment and parts." 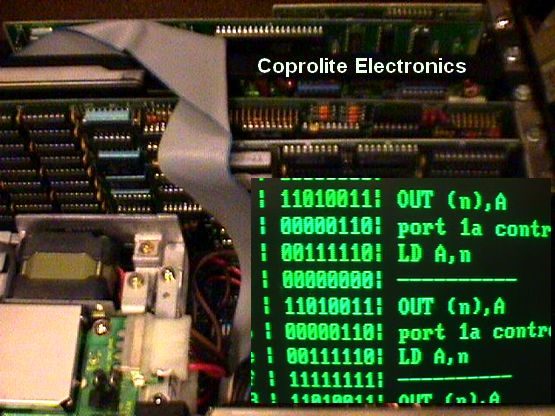 "The first PC that I interfaced the homebrew computer to was a Toshiba 8086 laptop. This was back when it was just on a breadboard during the summer of '91. This was also when I built the front panel. These days, I use a uClibc GIAGD system, but there are a lot of old XTs and even newer systems that can be put to good use to control random projects like this. "

"I use a book called 80x86 IBM PC and Compatible Computers: Assembly Language, Design, and Interfacing Volume I and II by Muhammad Ali Mazidi and Janice Gillispie Mazidi for the nitty gritty stuff on the printer ports, which is where I found the above very cool debug test. It has many details on the design and Interfacing of PCs. Another good book is Parallel Port Complete by Jan Axelson."